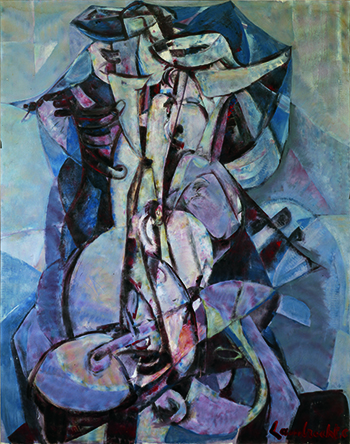 A native of Roelers (1915-1993), Constant Lambrecht was an active member of the lyrical abstraction movement of the second half of the century in Belgium. Nourished by the spirit of Flemish expressionism, he primarily claimed the work of Zadkine and was not averse to Picasso’s Cubism. His paintings were permeated with rhythm and colour. Generous and perceptive work to rediscover at the Museum of Ixelles.